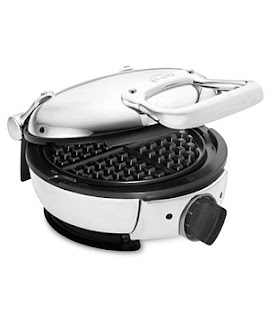 Those late night TV infomercials can really tug at you. Whether it be a fancy-smancy floor cleaner, an under garment that makes you look 20 pounds thinner, or, my former favorite, the "guaranteed" weight loss product. Last night, I was watching an infomercial that promised a huge weight loss, all while eating "your favorite foods." As I was watching, I felt a sense of relief, because for the first time ever, it was not summoning my name. Happy to be plant strong, thanks.

But, I thought about the countless victims who were drawn in to this commercial and the fact that their life's problems might just be ended by sprinkling a powder on their animal based foods. I was free. I am a plant strong sixty year old, my shield of legumes, fruits, vegetables and whole grains is broad and protects me.

I can't help but to reflect on September 23rd 2009 when I was where I wasn't supposed to be. I was slated to attend a meeting in Philly, but instead, found myself in Rockville, Maryland, headquarters for the Mid-Atlantic Whole Foods Markets. And, that's the day our regional president told us about being plant strong. I think that day is the most pivotal day of my life. That day, though, ties with March 14th 2010, the day I landed at the Engine Two Immersion in Austin, Texas. Whole Foods Market has given me the tools to practice a healthier lifestyle. And, I am not going back. Thank you, Whole Foods Market.

Breakfast is the most fun meal of the day for me. Here's something quick, easy, versatile, and delish. Originally inspired by Ann Crile Esselstyn, I have tested this many times, and I believe this is the best recipe for a PLANT STRONG OATMEAL WAFFLE. Let me know what you think.

3/4 cup of "Old-Fashioned" Oatmeal
1/2 banana, mashed well (or, 5 tablespoons of unsweetened applesauce)
1/2 teaspoon of Cinnamon (or to taste, I give the jar ten taps!)
1/8 cup of warm water

Plug in waffle iron on HIGH

Mix uncooked oatmeal with mashed banana. Put it in a glass jar. Add the cinnamon, stir well. Add water. Place cover on jar, and shake about ten times (like you are Tom Cruise).

Now, put the mixture on the waffle iron, gently spread. Close cover. Cooks in about 6-8 minutes. DO NOT LIFT COVER until you get to first time of six minutes.

To remove, get a chopstick. And score along each right angle of the waffle iron. It will then POP OUT! You can use maple syrup, if needed, but I prefer a sprinkle of fresh fruit.

These are SO good!!! Make a batch and keep them in the freezer. I have also used them to make "ice cream sandwiches," using pureed, frozen fruit.

The next time you see an infomercial that touts super weight loss, count your blessings that you are plant strong, happy, and centered.
Posted by Unknown at 7:24 AM